The cardiovascular system is a general term for the heart and blood vessels. Coronary heart disease, cerebrovascular disease, peripheral arterial disease, rheumatic heart disease, congenital heart disease, or deep vein thrombosis and pulmonary embolism are only a few examples of cardiovascular diseases (CVDs). Since CVDs remain a consistently increasing cause of death worldwide, scientists are prioritizing the identification and understanding of the mechanisms of cellular and molecular basics related to CVDs. In 2012, WHO highlighted that more than 30% of our population die because of CVDs (with the majority due to coronary heart disease and stroke).

Age-associated changes in cardiovascular system are leading to deregulation of molecular pathways and pathological alterations (e.g., hypertrophy, altered left ventricular (LV) diastolic function, abnormalities in arterial stiffness or impaired endothelial function). That reflects in significant increase of CVD including atherosclerosis, hypertension or stroke. Inhibition of the mammalian target of rapamycin (mTOR) presents an evidence for being cardioprotective during aging and cardiac stress. 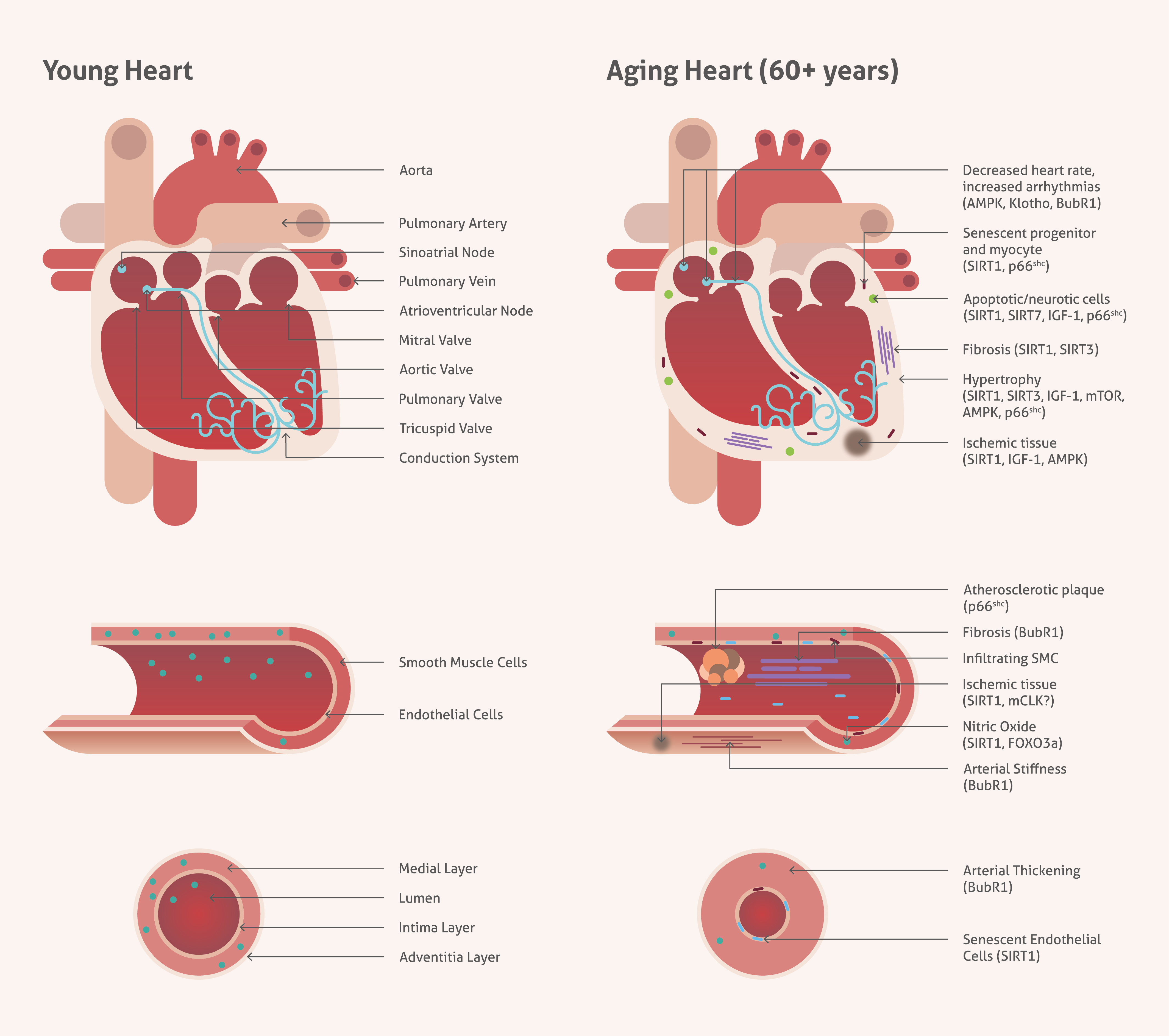 mTOR in Cardiac Physiology and Disease

The mTOR pathway is a key player in the cardiovascular regulation system. It appears crucial for the maintenance of cardiac structure and function in the postnatal period, adulthood, and also in the development of cardiac hypertrophy. mTOR is also deeply involved in the regulation of cardiac metabolism.

Moreover, the mTOR pathway that partners with Wnt and growth factor signaling are vital for endothelial and cardiomyocyte growth. From the other side, chronic mTOR activation appears to enhance the cardiac aging process.

The troponin complex regulates the contraction of striated muscles and consists of three subunits (troponin C, troponin T, and troponin I). Cardiac troponin T (cTnT) is a 37 kDa protein that binds to tropomyosin, thereby attaching the troponin complex to the thin filament. cTnT is a cardiac regulatory protein that controls the calcium-mediated interaction between actin and myosin.

CD31 is expressed on all cells within the vascular compartment, on the surface of the endothelium. It plays a role in cell-cell adhesion, being an efficient signaling molecule. This reflects the diverse roles of CD31 in vascular biology including angiogenesis, platelet function, thrombosis, mechanosensing of endothelial cell response to fluid shear stress, and regulation of multiple stages of leukocyte migration through venular walls.

MYL2/MLC-2v and MYL7/MLC2a are commonly known as two major isoforms of myosin light chain 2, which are essential for heart development.

MYL2/MLC-2v and MYL7/MLC2a are expressed in the heart in a defined manner. The ventricular myosin light chain-2 isoform (MYL2/MLC-2v) is restricted to the ventricular segment of the heart and is related to the ventricles throughout the developing and adult human heart. In contrast, the atrial myosin light chain-2 (MYL7/MLC-2a) is expressed in the presumptive ventricle prior to MYL2/MLC-2v. Its ventricular expression is subsequently down-regulated, instead, with abundant expression in the atrium postnatally.

The expression pattern of MYL2/MLC-2v and MYL7/MLC2a is considered as the specific marker for mature ventricle and atrial cardiomyocytes, commonly used for in vitro development of induced pluripotent stem cell-derived cardiomyocytes.