The role of Lamin A/C In upholding nuclear Integrity

Nuclear integrity is an important factor in mitosis; if the nuclear envelop is not allowed to degrade, errors in mitosis can occur. The roles of Lamin A and C (both encoded by the LMNA gene) in nuclear integrity may provide clues to the origins of several muscular and nervous system diseases such as: Emery-Dreifuss muscular dystrophy (EDMD), limb girdle muscular dystrophy (LGMD) and Charcot-Marie-Tooth disease (CMT). These diseases are largely characterized by progressive muscle wasting and weakening, contractures of certain joints – such as the elbows and knees in EDMD and arch of the foot in CMT – and heart problems in the case of EDMD and LGMD.

LMNA mutations also feature in other diseases such as familial partial lipodystrophy – a skin condition characterized by the loss of subcutaneous fat; dilated cardiomyopathy – a condition in which the heart becomes enlarged and weakened; and HutchinsonGilford progeria syndrome – the onset of aging-like processes in infancy. So how does lamin A/C play a role in such varied and different diseases?

Well the LMNA gene’s products Lamins A and C are an integral component of the nuclear lamina – a dense fibrillar network structure underlying the nuclear envelope which plays an important role in the structural integrity of the nucleus and its traffic control. Lamins A and C also have a role in important cellular processes such as DNA replication and cell division. It is thought that aberrant expression of Lamin A/C causes the prior mentioned degenerative diseases by producing irregularities in nuclear shape and chromatin organization and generating periand intranuclear vacuoles. Such abnormalities are seen in the affected cells of individuals with the above conditions. 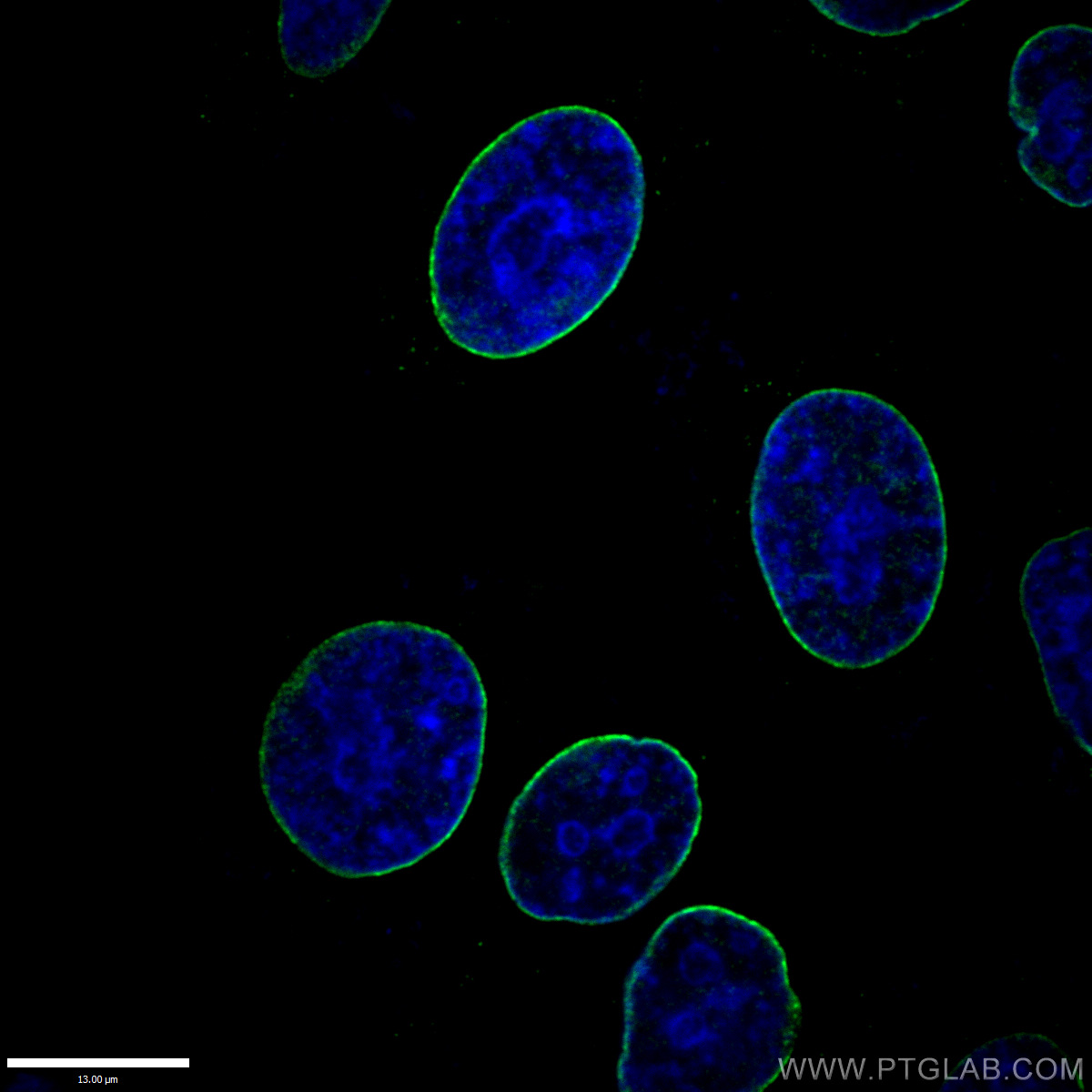